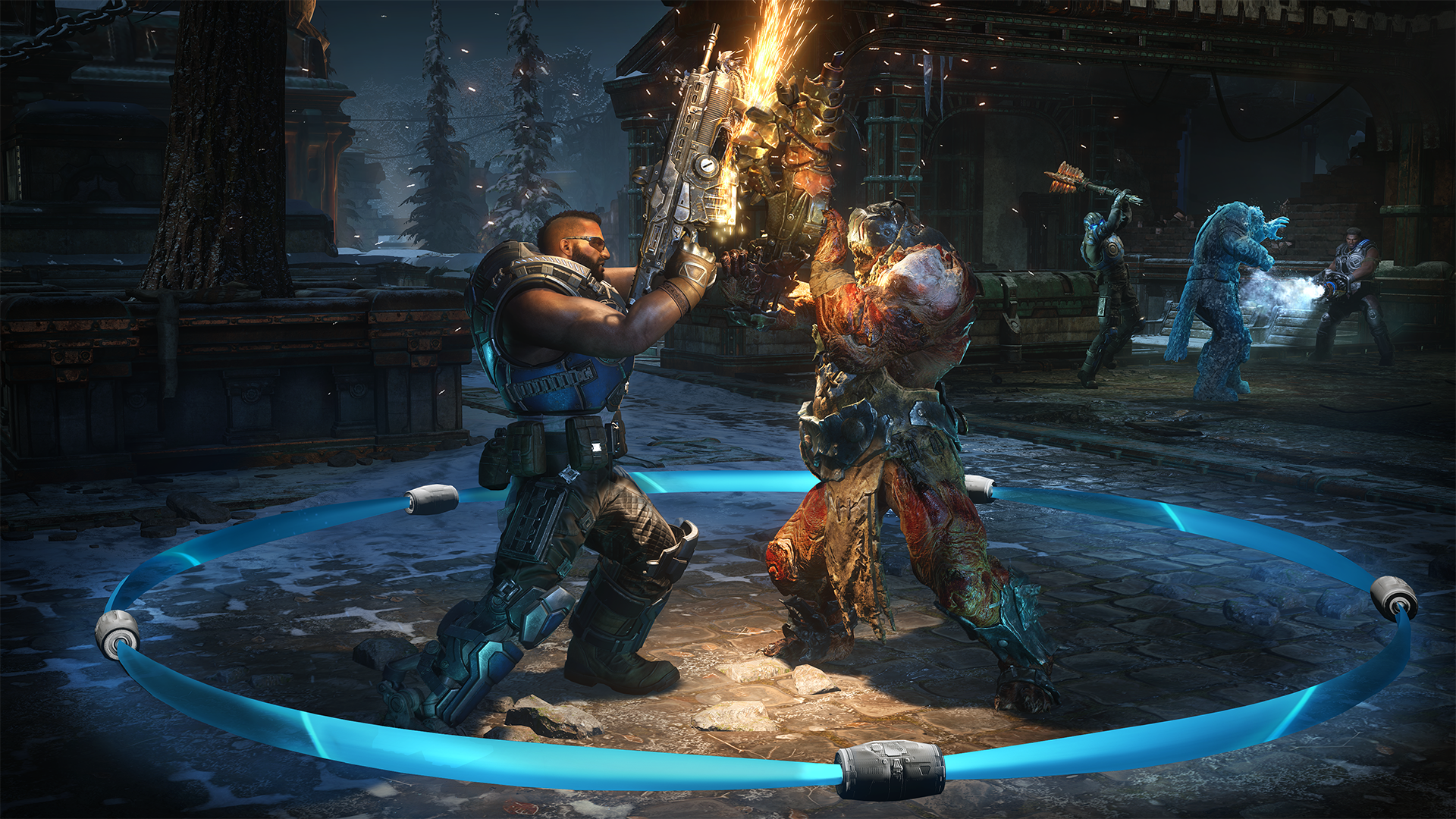 After making a name for itself as a home for online competitive Gears in “Gears of War 4” and “Gears 5” play over the years, UMG were selected by The Coalition to handle the Gears 5 Esports Spring Online Major in May.

After running a successful event, the Engine Media brand has been selected once again as the tournament operator and broadcast partner for the Gears Esports Season Finals in late July.

Previously staged as an on-site event, the Gears Season Finals has now been established as a popular streamed event with the top Gears 5 players competing for a prize pool of $250,000.00. The Gears Esports Season Finals will once again feature teams from both the North American, and Latin American regions.

The event will be streamed on Twitch.tv/GearsOfWar from July 31 to August 2.

“It was a huge validation to be selected by The Coalition to convert the Gears Esports Spring Major to an entirely online event – now we’re expanding that partnership further for the Gears Season Finals,” said Darcy Lorincz, Torque Esports COO.

“UMG has been the leading platform for enabling gaming tournaments for many years. Our expansion of the UMG.tv network streaming platform this year has enabled us to present The Coalition with a complete solution – run the entire tournament producing a programming package.”

UMG is the leading platform for online tournament play and esports entertainment events. The platform has generated more than 300 million views and has paid out more than US$3 million in prize money.

“The Spring Quarter Major was our most successful Gears Esports broadcast of the season and the UMG team were instrumental in that. We’re pleased to be able to work with them again on the biggest event in the Gears Esports calendar, the Season Finals,” said Roddy Adams, Director of Partnerships at The Coalition.

The esports tournament and broadcast arm of Torque Esports, UMG is set to become part of the newly formed Engine Media Inc.

The creation of Engine Media was confirmed in May when Torque Esports Corp. (TSX-V: GAME) (OTCQB: MLLLF) completed its acquisition of Frankly Inc, and WinView, Inc. – placing Engine Media at the forefront of esports, gaming, news streaming and sports gaming across multiple media platforms.

To date, the combined companies have clients comprised of more than 1,200 television, print, and radio brands including CNN, ESPN, Discovery / Eurosport, Fox, Vice, Newsweek, and Cumulus; dozens of gaming and technology companies including EA, Activision, Blizzard, Take2Interactive, Microsoft, Google, Twitch and Ubisoft; and have connectivity into hundreds of millions of homes around the world through their content, distribution, and platform.

About Torque Esports
Torque is focused on accelerating new, live, immersive esports and interactive gaming experiences for consumers through its partnerships with traditional and emerging media companies and providing online interactive technology platforms and monetization services. To date, Torque’s combined companies have clients comprising more than 1,200 television, print and radio brands including CNN, ESPN, Discovery / Eurosport, Fox, Vice, Newsweek and Cumulus; dozens of gaming and technology companies including EA, Activision, Blizzard, Take2Interactive, Microsoft, Google, Twitch and Ubisoft; and have connectivity into hundreds of millions of homes around the world through their content, distribution and technology.
Torque Esports brands and businesses include UMG, Stream Hatchet, Eden Games, IDEAS + CARS, The-Race.com, WTF1, and Allinsports – for more information visit: www.torqueesport.com; Frankly and its wholly-owned subsidiary Frankly Media LLC, which provides a complete suite of online content and monetization solutions – for more information visit: www.franklymedia.com; and WinView, Inc., a Silicon Valley-based company, a pioneer in mobile gaming and interactive second screen viewing and the owner of a portfolio of foundational patents in the field of interactive media – for more information visit: www.winview.tv.
For more information, visit www.torqueesport.com

press
In the News